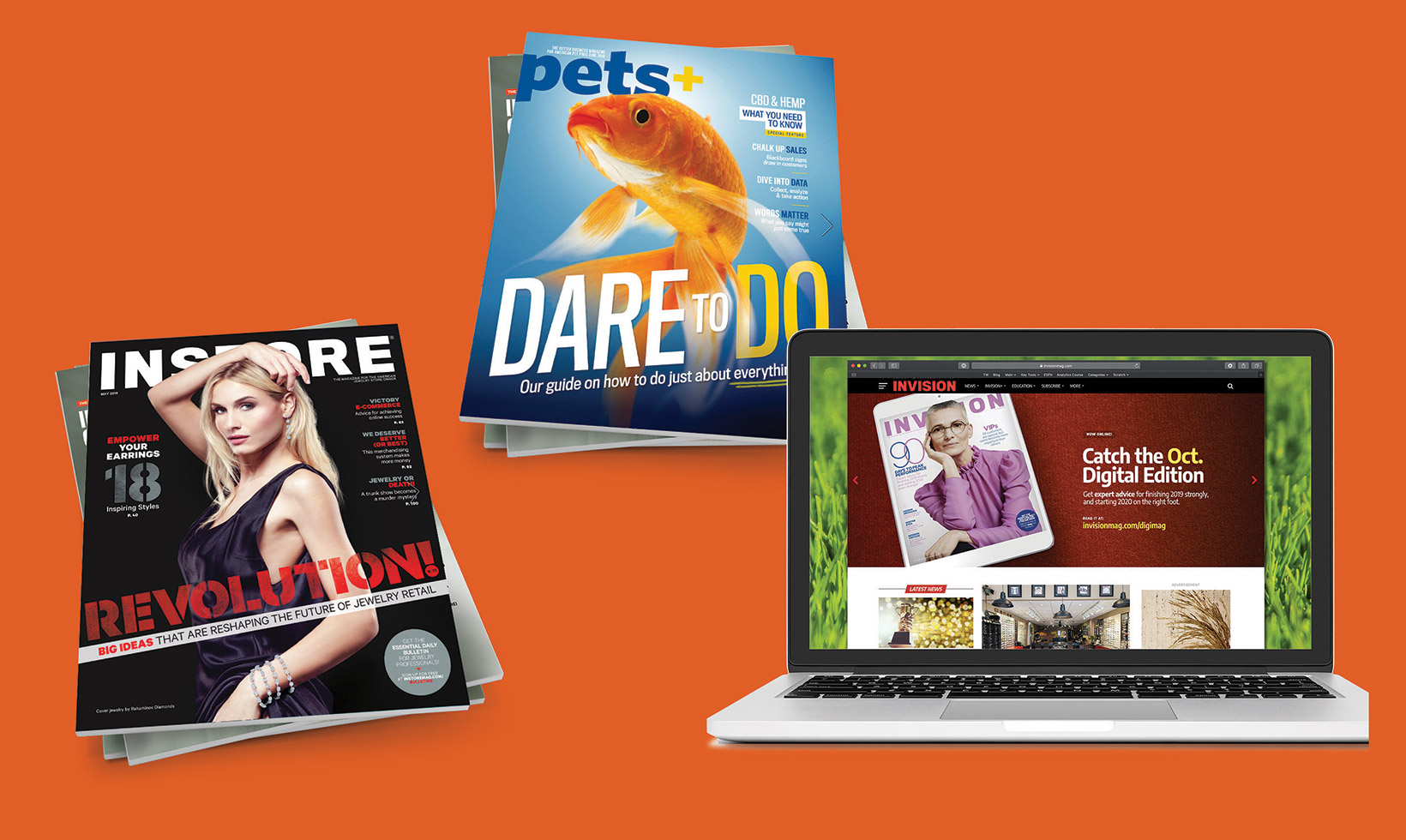 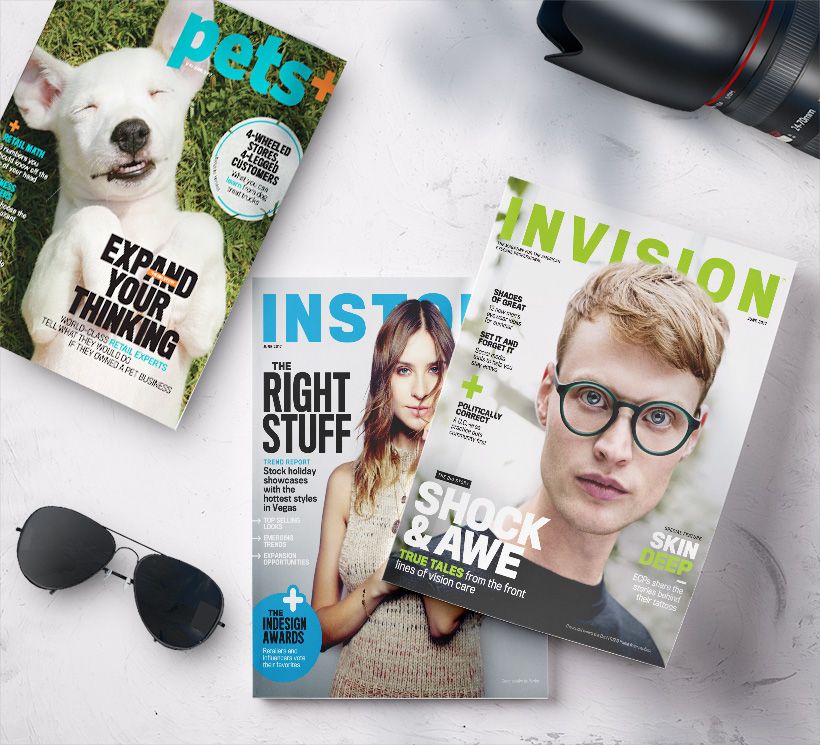 SmartWork Media is a New York-based media company that provides easy-to-understand business-building information to independent retailers worldwide. The magazines have garnered more than 90 awards in major publishing contests since 2004. Currently, the company has three popular print publications in the jewelry, eyecare and pets businesses: 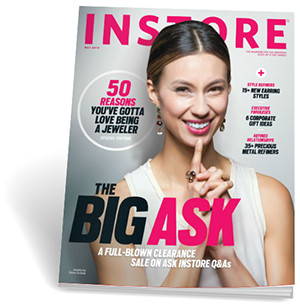 INSTORE launched in January 2002, quickly became the United States’ most-loved jewelry publication — valued by readers for its efforts to uncover and understand the real-life problems of American jewelers – and offer clear, practical solutions. 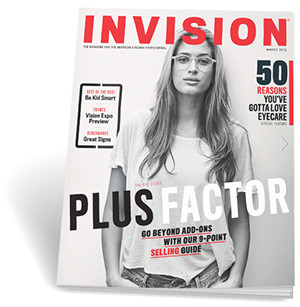 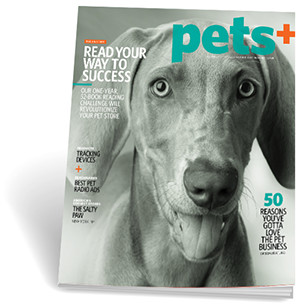 Our readers’ opinions will always count most in our book. But it’s always nice to hear how we stack up against our peers in publishing. Over the years, publishing industry contests have backed up our readers’ and advertisers’ compliments with more than 65 editorial and design awards.

Trade Press Editor of the Year 2007

How To Article: Gold 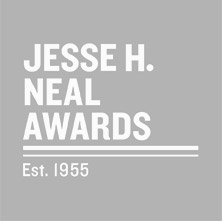 JUDGING COMMENTS: "Great analysis. Excellent writing and sources. Effective use of charts and graphs." "This story was very well researched and did a great job telling a story in a concise and compelling manner. Excellent job."

JUDGING COMMENTS:"Wow! is a well written, entertaining, and useful guide for its target audience. This is the kind of article that is torn out and saved for many years as a timeless reference."

JUDGING COMMENTS: "An excellent how-to guide with plenty of useful illustrations and information. This is a very well done piece."

INSTORE, Best of the Best

INSTORE, April 2012, "The New Rules of Sales" by Eileen McClelland

INDESIGN, September/October 2011, "Battle of the Brands"

INSTORE, April 2011 "Lift-Off: Take the Guesswork out of Launching a Line" by Eileen McClelland and Lorraine DePasque

JUDGING COMMENTS: "This article was innovative in its layout. While sticking to the traditional how-to format, it very artfully and successfully used the layout to illustrate the key points. Nicely done! Well written, too." "Lift-Off! is a thoroughly researched, well written, and entertaining guide for its target audience of retail jewelers. It is also beautifully illustrated and full of practical tips."

JUDGING COMMENTS: "The paper cut-outs are quirky and fun. The layout is interesting to look at and incorporates a nice use of colors."

INSTORE, April 2012, "The New Rules of Sales" by Eileen McClelland

INSTORE, April 2014, "Merchandising A to Z" by Chris Burslem

INSTORE, April 2013, "Fun on the Plains" by Eileen McClelland

INSTORE, July 2013, "100 Things a Jewelry Salesperson Should Never Do" by Josh Wimmer

JUDGING COMMENTS: "Excellent illustrations incorporated throughout a great layout. Each page was full of life and visual interest."

INSTORE, November 2013, "Many Thanks" by Victor Cantal

JUDGING COMMENTS: "This opening spread is playful and really captures the essence of the story."

JUDGING COMMENTS: "'Super Jewelers' is beautifully designed, creative, and targeted to the audience. The magazine was able to take a mundane topic and turn it into a colorful feature splash that is certain to pull in its readers."

JUDGING COMMENTS: "'An easy department to read with nice graphics/illustrations and photos, as well as a number of entry points to grab the reader's attention. Useful and light reading as well."

INDESIGN, March/April 2014, "Get Lined Up" by Trace Shelton

JUDGING COMMENTS: "Whenever a designer attempts to mesh a historic reference or style with a crisp, modern layout — they're taking a gamble. It's a gamble which can come off as hackneyed or trite; however, when it's done successfully, the result is a captivating work which the viewer takes time to absorb and demonstrates the role and value of the creative side of the b2b world. That's what has been accomplished in this instance -- excellent work."

INSTORE, April 2014, "Merchandising A to Z" by Chris Burslem

INVISION, March 2016, "50 Things You Can Change Today to Make Your Business Stand Out" by SmartWork Media Staff

JUDGING COMMENTS: "'The article is funny, targeted, and very well-written. The artwork is as great as the writing. Clever writing and unique design elements bring to life this thoughtful look at how to handle challenging holiday customers. A fun read that serves the reader well."

INVISION, January 2015, "The Year of Reading Seriously" by INVISION Staff

JUDGING COMMENTS: "'This article was full of useful tips and information. I learned a lot. Good job, clever imagery (the pug in the case, so cute!), great tips/subheads pointers."

INVISION, March 2015 "The Art of Adding On" by INVISION Staff

JUDGING COMMENTS: “INVISION carried the childlike theme throughout the entire issue with bright, eye-popping graphics that fit the content.”

“Great balance of news and features tackling various topics for the eyecare professional ... done in a clean, approachable design.”